Gorilla Trekking in Rwanda vs Uganda

How To Prepare For Gorilla Trekking in Uganda & Rwanda 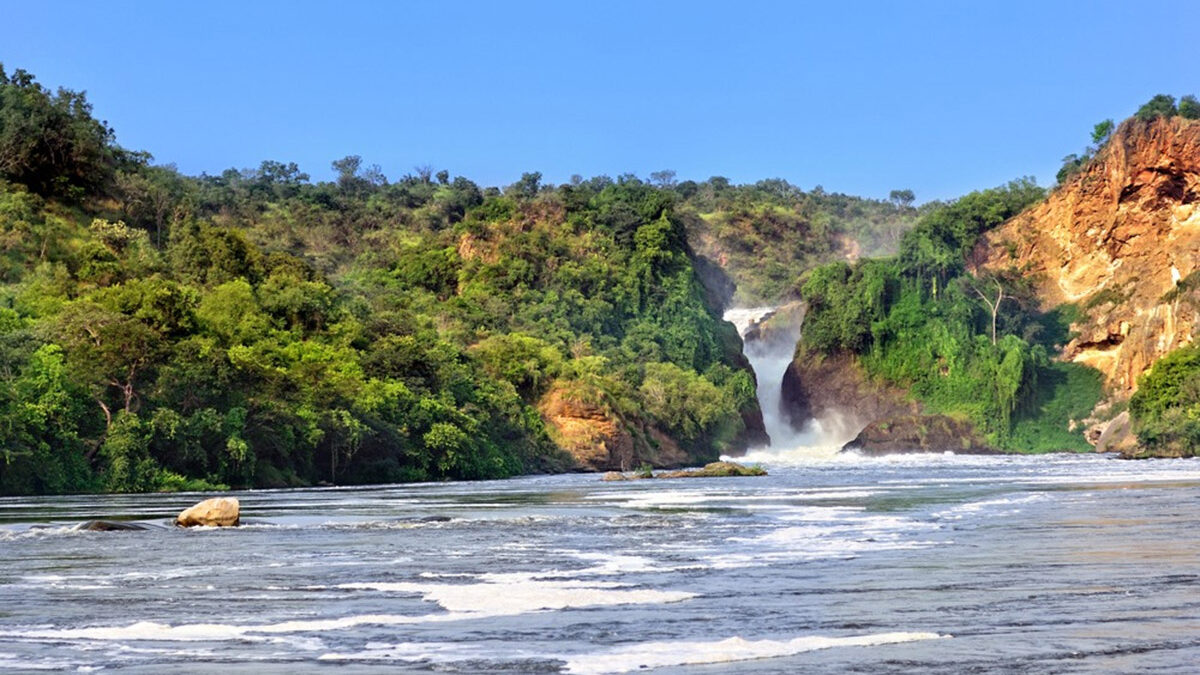 Embark on an immersive journey into the fantastic home of the majestic Murchison Falls and step into the magical, mythical worlds of one of the most famous waterfalls in the world. Experience a thrilling boat safari to the “Bottom of the falls” and a hike to the the “Top of  falls” and enjoy stunning panoramic views of the falls.

Situated in Murchison Falls National Park, these falls have a permanent rainbow over the battlefield as the waters violently compress through a narrow gorge, spraying misty droplets along their wake over a 50m radius with continuous roars of the waters from the external war between the rock and the water. The waters of the Nile force their way through a small slit within the rocks, 7 meters wide, and topples to 43 meters forming a residual water stray that forms a beautiful rainbow.

Most of the visitors travel to Uganda to observe the falls and enjoy their continuously roaring  waters, the splashes from the collapse of the waters alongside the cold breeze making the adventure of your Murchison Falls Safari perfect. On the boat safari on the Victoria Nile River you will enjoy an in-depth view of the falls as you reach the dead end in front of the turbulent Murchison Falls as the boat cannot get you close to the falls due to the fierce current.

The River Nile is famous and the longest river in the entire world with its source beginning in Uganda and the it bears the majestic Murchison Falls. This River begins from North eastern Africa flowing from the mountains in to the Nile Delta. The Nile River explodes through a narrow gorge and cascades down to become a placid river whose banks are thronged with hippos and crocodiles, waterbucks and buffaloes and in the rest of the park wildlife like lions, leopards, elephants, giraffes, hartebeests, orbis, Uganda kobs, chimpanzees, and many bird species with a vegetation characterized by savannah, riverine forest and woodland.

The Murchison Falls breaks the stunning Victoria Nile, that flows across Uganda’s northern region in to the deep Lake Kyoga to the northern tip of Lake Albert within the western arm of the great East African Rift.

Murchison Falls National Park is one of the best game parks to visit while in Uganda endowed with several attractions including over 76 mammal species with four of the “Big five”, the lion, the leopards, the elephants, and the Buffaloes. Other species include bushbucks, Uganda kob, waterbucks and warthogs, giraffes, Jackson’s hartebeest, hyenas alongside over 450 birds species with 23 Albertine rift endemics including the rare shoebill stork.

Attractions around the Murchison Falls

Murchison falls offers panoramic views as the drop as the the ground shakes from their powerful flow through the small rocks over the gorge. There is a lot more to view in Murchison Falls National Park including;

Lying on the escarpment North East of Lake Albert, it is a biodiversity of 24 mammal species, over 360 birds, 289 butterflies and 465 plants. Budongo forest is well known for its former abundance of East African Mahogany trees with an exceptional large Mahogany tree still found in Budongo forest 80 meters tall and 20 meters in circumference.

Its Savannah grasslands give a perfect place to enjoy this African wilderness and the attractive sights of the great East African rift valley on top of Lake Albert just adjacent to the Democratic Republic of Congo. The Buligi region is well known among the major game viewing safari Uganda areas.

The Kaniyo Pabidi forest is a good-looking natural forest covered majorly by huge mahogany trees plus ironwood trees pushing over an expanse of approximately 8 km within the middle of Kichumbanyobo gate. Guests who visit this forest an opportunity to track the impressive chimpanzee and other species of primates which are also residents within the mahogany trees there.

The Karuma Falls are made up of a number of natural rock formations which causes the waters to ripple giving them a white foamy appearance with roaring sounds on the Victoria Nile very beautiful to look at. The land of the park around these falls pride has interesting things to see like: many bird species, Uganda kob, buffaloes, antelopes, monkeys, giraffes, baboons, elephants, Hartbees, leopards and Uganda safari lions.

Nile Delta is a stretch of water where the tranquil Victoria Nile pours its water into Lake Albert. Its banks are a home for birdlife and its best for bird watchers including: Goliath Heron, Great Egrets, African fish Eagles and the rare shoebill

This is one of the interesting places near Murchison Falls where you can enjoy chimpanzee trekking, game drives, fishing, birding, nature walks, bush breakfast, hot air balloon and launch trips to the Delta.

This is a birders paradise standing as an island covered by tropical river-forest with in a sea of stunning grassland in the south-eastern part of the conservation area. The forest consists of primates, mammals, diversity of bird species, medicine plants and trees making it ideal for educational tours. The Wairingo River near it on which the tourist can enjoy their picnics since it has beautiful views, very good for adventure.

The Murchison Falls are the  highlight of your tour in Murchison falls National Park, the point along the Nile, within the park where River Nile forces its way through a narrow gorge. The launch trip up stream is very interesting and offers magnificent views of the falls and several wildlife species found along the shores .